“What Inspired Me to Become a Doctor of Chiropractic?”

A Personal Story about Change, by Laurie Hubbell-Smith, DC 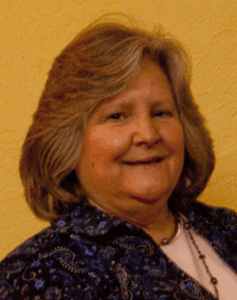 When I was a young mother and wife I had the opportunity to relocate from San Jose California to South Lake Tahoe, California. It was there that I met Doctor Worth, a Chiropractor who had recently moved to South Lake Tahoe. The initial encounter I had with Doctor Worth was due to a lower back injury that occurred while I was working. This is not a story about work comp but rather the story of a subtle change that was about to take place in my life.

Most patients who choose to see a Doctor of Chiropractic come because they have injured their back, neck or had headaches that were not relieved by conventional medicine. This was the case for me at that time in my life. Otherwise, I might have missed this “Golden Opportunity” to not only recover from my injury with his care, but also to learn about this profession and the effect it has upon its patients. In a relatively short time of treatment I was back to work and able to function at full capacity.

This intrigued me as I was amazed that something so simple could have such a profound effect on how the body responds and heals. I wanted to know more and Doctor Worth seemed to want to share his knowledge of the spine, and the global effect misalignments of the spine had upon the nervous system. He also taught me proper body mechanics for various lifting and other tasks that would occur on my job, in order to prevent further injury to myself.

Here is where my story really starts. About 3 months following my Chiropractic experience at the office of Doctor Worth, I found out I was pregnant with my 3rd child. In the past pregnancy I nearly died from child birth. Yes, I said nearly died from child birth. To say I was alarmed would be an understatement. I had a wonderful General Practitioner and Surgeon at the time who told me to investigate alternative forms of childbirth, but did not really have a source for me to contact. I went to Doctor Worth, since he was more holistic to gather information.

This turned out to be the best plan for me. He explained to me how the muscles and bones have to prepare for child birth. He felt it was more important than ever to maintain a healthy spine without misalignments in order for my body to respond and to function properly throughout my pregnancy. He told me that keeping the musculoskeletal system in tune would in turn allow my nervous system to cope better with all the hormonal changes and physical changes that normally occurs during pregnancy. He also referred me to a Nurse who taught “Lamaze” natural child birth classes. He gave me good advice and my Medical Doctor was simply amazed with my progress.

At delivery my baby was presenting wrong and luckily my Medical Doctor knew a technique that would get him safely out into the world. After my son was born, my Medical Doctor said to me. “I hate to admit it, but I feel you were better able to cope with my emergency technique physically because of the care you received from your Doctor of Chiropractic during your pregnancy.” Did I mention I did not need any medicine to cope with labor pains or with the delivery? A caudal block is what almost killed me in my previous child birth experience. (Caudal Blocks for child birth are rarely if ever used any longer because of complications to both the mother and the baby).

Four weeks after my son was born, I needed to return to work. So I went to my Medical Doctor and to my Doctor of Chiropractic for clearance. My Medical Doctor told me to keep working with my Chiropractor and so it was. Doctor Worth said these kind words to me on day in his office.

“Since I meet you I have wanted to talk to you about your future. It is clear to me that you are wasting your potential working in that Drug Store, when there is something you should be doing with your life to help others. You should go back to school and become a Doctor of Chiropractic yourself. It is my opinion that you have hands that are suitable for this work and you would be good at helping others utilizing Chiropractic Care.”

My thoughts on that day were, “Hey I am a working mother, raising 3 children with my husband. When do I have time for college? Easy for him to say, he is already a Chiropractor.” He countered with this message. “I am currently 41 years of age and I just finished Chiropractic College 2 years ago. Maybe not today or tomorrow but in the future you will find time to attend college regardless of your age. It is your destiny.”

When my son was one year old we moved away from South Lake Tahoe. My husband went back into the Army and we traveled and moved around a lot. I had a life time of experiences, yet the words of Doctor Worth never left my mind. Twelve years later I started college, heading for Chiropractic College and the goal of becoming A Doctor of Chiropractic. Even though I have never seen this man since 1976, he continues to influence my life and those patients who I now treat. Doctor Worth was certainly Worth more than his weight in gold by inspiring me to help others utilizing Chiropractic.

We will do our best to accommodate your busy schedule. Request an appointment today!

Font Resize
Contrast
Accessibility by WAH
Call Us Text Us